What specific strategies can improve outcomes for these children?

Many practices found effective for either teaching children with ASD appropriate behaviors and skills or for decreasing inappropriate behaviors are based on applied behavior analysis (ABA). ABA is an academic discipline interested in applying the principles of behavior to the improvement of socially important problems. When working with students with ASD, this includes systematically applying an intervention to teach an appropriate behavior or to decrease a challenging behavior, as well as collecting data to evaluate the effect of the intervention. The theory behind this approach is that, if a student is reinforced after performing a behavior, the student will continue to demonstrate that behavior, but if the behavior does not result in reinforcement, the student will decrease or stop engaging in it.

Over the last 40 years, research has demonstrated that interventions based on ABA are effective for increasing desired behaviors and skills and decreasing undesired behaviors of children with autism.
(Leaf, Leaf, McEachin, Taubman, Ala’i-Rosales, Ross, Smith, & Weiss, 2015; Hagopian, Hardesty, & Gregory, n.d.)

Ilene Schwartz discusses why ABA is the most effective treatment for children with autism and provides examples of how it can be used to increase positive behaviors (time: 2:22). 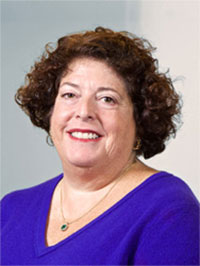 Applied behavior analysis, often referred to as ABA, is the most evidenced-based approach to work with children with autism, and we’ve known this since the late 1960s when people first started working with children with autism. ABA is the use of behavioral principles to address socially important behaviors. The behavioral principles that we are talking about primarily are reinforcement and punishment. We primarily, though, use reinforcement. Reinforcement is the contingent application of a stimulus after a target behavior that increases the likelihood of a behavior happening again.

Let me give you an example. When you have a toddler and they raise their arms up to their parents, they’re basically asking to be lifted. When the parents pick them up then that increases the likelihood, next time they want to be picked up, they’re going to raise their arms when they see their parents. That’s an example with a typically developing child.

Let me give you an example with a child with autism. The child with autism sees their very favorite toy, which is the blue truck on the shelf, and they can’t reach that toy. At first, they might get frustrated and start to stomp their feet or cry because they can’t reach the truck. What the teacher might do when they see that is actually show the child the card that has the picture of the truck on it and help the child give that card to the adult. And the teacher says, “Oh, you want the car?” and hands the child the car.

The next time the child sees the car, again out of reach, and the card with the picture on it, they’re more than likely to give that card to the teacher. And through that kind of teaching and use of positive reinforcement, we teach children a huge array of skills and behaviors. And that’s one of the reasons that applied behavior analysis is the most effective treatment for children with autism.

Many of the 27 EBPs identified for students with ASD are based on ABA. These practices are focused interventions—that is, they target discrete skills or behaviors and are employed for brief periods of time until the goal is achieved. Five of these interventions—reinforcement, prompting, time delay, modeling, and task analysis—reflect the building blocks of ABA and, therefore, are sometimes referred to as foundational strategies. Each of these strategies is described in the tables below, and each is accompanied by an example of how it would be applied. It is important to note that these fundamental strategies can be used to target discrete skills or behaviors or they can be included as part of a larger intervention (i.e., ones that consists of multiple components). Subsequent pages explore multicomponent practices that embed these strategies.

Reinforcement, prompting, time delay, modeling, and task analysis have been found effective for improving the outcomes of children and students of varying ages and in different domains (e.g., social, behavior, academic).

Click here to view a chart that notes the age groups and domains for which these practices have been found effective.

Kara Hume discusses the importance of these five foundational strategies. Next, she briefly highlights how the same EBP can be implemented across age groups but in different contexts. The five foundational strategies are really the heart of good teaching for students with autism or students that don’t have autism, even students served in general education settings. And if you’re able to master these five foundational strategies, that will strengthen the implementation of any other evidence-based practices that you choose because they are all related. Prompting and reinforcement are just very basic teaching principles that you can use to teach any skill across any age range with most populations. For example, if you conduct a task analysis, which is one of the five foundational evidence-based practices, teachers then need to use prompting and reinforcement to teach those discrete skills of the larger task, or if you choose Picture Exchange Communication System, prompting is a very key piece of that.

Foundational strategies are a very good place to start, and what we often find is that even very experienced teachers can benefit to spend more time learning about how to implement these practices. Often, we see teachers that are using reinforcements, but the behavior that they are wanting to increase is not actually increasing, meaning the reinforcement is not actually effective. So spending some time to really learn foundational strategies will only benefit all of the other practices that they are implementing in their classrooms.

The most important consideration about how EBPs are implemented differently across age groups is really the context. You want to think about where is the most appropriate place that this EBP will be implemented. So, with young children, the home and the early childhood classroom are likely be the most appropriate setting for implementation, where for older students we need to consider implementing EBPs in the job setting, in the community setting. How the EBPs are implemented doesn’t necessarily change, but what needs to be adjusted is where the EBPs are implemented and what the purpose is for the implementation of those EBPs. So across the age group, we might think about implementing EBPs to support community access or to support job skills at a jobsite, where with younger children we might use the same EBP but we’re thinking about teaching play skills or teaching communication requests. It’s really the context and the purpose that is adjusted across age groups.

To learn more about each of these foundational practices, as well as many of the EBPs highlighted on upcoming pages, visit Autism Focused Intervention Resources and Modules (AFIRM). There you will find information about the key components of an EBP and the behaviors and skills it addresses, guidance on implementing the practice, and downloadable and customizable materials that can help with implementation.

Now that the five foundational strategies—reinforcement, prompting, time delay, modeling, and task analysis—often used with children and students with ASD have been introduced, this module will explore several of the remaining EBPs. As Kara Hume discussed above, many of these strategies are effective with children of different ages. However, they are presented by age group on the following pages simply for the purpose of illustration and to provide examples.