For some people, the word “culture” evokes thoughts of special holidays, certain kinds of music or literature, styles of dress, and ethnic foods. But culture is more than that: Culture is also a way of describing the combination of the various groups to which one belongs—racial, ethnic, religious, and social, among others. To be part of a culture generally entails sharing a variety of customs, attitudes, practices, values, educational expectations, and ways of relating to others. And, though many cultures share particular attributes and values, it is important to remember that major differences exist between and within them. Even our most basic personal interactions are subject to cultural influences. For example, think back to the last time you were introduced to someone. Many people believe that the “correct” way to greet a new acquaintance is to shake his or her hand with a firm clasp while making eye contact. When we encounter someone who greets us in an unfamiliar fashion, however, we might conclude that the individual is unprofessional or is acting in an inappropriate manner. This is often not the case; there are, in fact, many “correct” ways to offer greetings, and these vary widely by culture. In some cultures, it is considered proper to shake a person’s hand while simultaneously patting his or her arm. Others believe that when one shakes a woman’s hand, her fingers should be grasped gently; a full-handed clasp is deemed impolite. In still other cultures, people greet one another with bows. 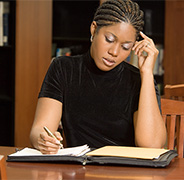 Though it is true that particular styles and values might be central to a cultural group’s beliefs, individuals may alter their cultural identities as they learn about others’ attitudes, values, and traditions. Likewise, a person might choose to abandon some of the cultural beliefs that were important elements of his or her upbringing. Cultural beliefs, that is, are not fixed; they can change. A variety of experiences or circumstances can influence an individual’s cultural beliefs, a few examples of which are presented below:

It is important that teachers understand how greatly culture affects their students. Much as learning influences our values, culture shapes and influences the way we learn. Culture also shapes the nature of today’s classrooms. Statistics reveal that in the United States today a significant number of students from culturally and linguistically diverse (CLD) backgrounds are enrolled in the nation’s school systems. Indeed, in many large, inner-city schools, the majority of students are African American or Hispanic. Wherever they teach in the United States, however, all teachers should understand that culturally and linguistically diverse students attend school and learn alongside peers from the dominant culture.

Statistics indicate an increase in public school enrollment for students from historically under-represented racial or ethnic groups from 22 percent in 1972, to 31 percent in 1986, to 43 percent in 2006.

Clint McDougal talks about the importance of recognizing differences within cultures (time: 0:44).

Clint McDougal stresses that teachers should be aware of the different cultures in their classrooms (time: 1:05).

Culture is a very important factor for all of the students in the classroom, but I think particularly for a teacher that has students who come from other cultures within the United States, and even other countries outside of the United States. It really defines who they are in a very core way. Specifically, with a student like Maria, it would influence how she sees herself in the classroom, how she views the teacher, and how her family views Maria in the classroom with the teacher, the teacher’s interactions with the family, what they view is the role of education in helping Maria better her own life, and the impact that will have on an immigrant family. So culture is one of the main things that a teacher would need to be very aware of.

It is important to recognize that children who come from another culture, that there are similarities within that culture, but there are also tremendous individual differences among students. For example, children from Mexico who have had a private education in Mexico come to the United States very well prepared, very much at grade level with the academic content. He might encounter students from Mexico from more rural areas, where the educational setting has been more of a one-room schoolhouse, where kids have only been going to school for three or four hours a day. And, within that, the whole context of having moved from one country to another, some children are frightened about being in the United States, are very unhappy about being in the United States. They may wish to return as soon as they can to live with grandparents or other relatives rather than stay here. They don’t see their stay here long-term, and thus they’re not motivated, not at all interested in learning English or attempting to immerse themselves in the classroom. Other children and their families have come, and this is where they’re going to live, this is what they’re going to do, and they jump into it with both feet.