What is the school administrator’s role in overseeing the IEP process?

How can school administrators support implementation of high-quality IEPs?

What is the school administrator’s role in overseeing the IEP process?

The IEP process is guided by:

As we discussed on the previous page, effective school administrators are responsible for creating a school vision that promotes and supports high expectations and success for all students. This includes ensuring that students with disabilities receive a free appropriate public education (FAPE), a requirement of IDEA. Because the development and implementation of high-quality IEPs are key aspects of this requirement, it is critical that school administrators possess a thorough understanding of the steps in the IEP process, as well as its associated legal requirements. These legal requirements are described in legislation (law) and clarified through litigation (lawsuits).

Highlighted below are two landmark cases and rulings that briefly outline the requirements for creating high-quality IEPs for students with disabilities: Hendrick Hudson Central School District Board of Education v. Rowley (1982) and Endrew F. v. Douglas County School District (2017), hereafter referred to as Rowley and Endrew.

Background: Amy Rowley, a kindergarten student with a severe hearing impairment, was fully integrated into her school’s general education setting. During a trial period, the school determined that she needed an FM system with a transmitter and receiver to amplify words and that with this support she would remain in the general education classroom. After Amy successfully completed kindergarten, an IEP was developed for 1st grade, according to which Amy would remain in a general education classroom with the following supports and services: FM system, instruction from a tutor for one hour each day, and speech-therapy services for three hours a week. Although the Rowleys agreed with the IEP, they requested that Amy also be provided a qualified sign-language interpreter. The school administrators denied their request, at which time the Rowleys requested and received an impartial due process hearing before an independent hearing officer. After receiving evidence from both sides, the hearing officer agreed with the administrators’ determination that an interpreter was not necessary because Amy was making progress in her program.

Part of IDEA’s procedural safeguards for parents that is used when resolution sessions are not successful in resolving a disagreement about a special education issue; an impartial hearing officer listens to both parties, examines the issues, and then makes a ruling.

Decision: The U.S. Supreme Court determined that the school district had complied with the procedures set forth in the law, and because Amy was passing from one grade to another, she had received educational benefit. As a result of this case, the Supreme Court created a two-part test that lower courts would henceforth use to determine whether a school district had offered a student an IEP that conferred FAPE. With the following two questions, the Supreme Court delineated procedural and substantive aspects of FAPE.

Following Rowley, six of the thirteen U.S. Court of Appeals Circuit Courts applied a very low substantive standard when considering educational benefit: the “merely more than de minimis” standard. In legal proceedings, the Latin term de minimis is used to describe something that is too trivial or minor to be concerned about.

The level of the quality of the IEP content and the subsequent individualized education provided to a student with a disability.

Subsequent Litigation: In the years following the Rowley decision, many courts ruled in cases in which parents sued school districts alleging that their child’s IEP did not confer educational benefit. When applying the two-part test, judges had little difficulty in determining whether a school had adhered to the first part of the Rowley test (the procedural requirements). However, the second part of the Rowley test (the substantive requirements) proved more difficult. Consequently, Circuit Court rulings on the determination of educational benefit varied significantly from judge to judge. For example, judges in two Circuit Courts ruled that for a school district to provide FAPE, that district must offer an IEP reasonably calculated to confer “meaningful” educational benefit—a high standard. On the other hand, judges in six Circuit Courts ruled that a school district is only required to offer an IEP reasonably calculated to provide de minimis educational benefit—a low standard.

Background: The focus of this case was Endrew (or Drew), a 5th-grade student with autism spectrum disorder (ASD) and attention deficit hyperactivity disorder (ADHD) who had significant learning and behavioral challenges. From kindergarten through 4th grade, Drew attended public school in the Douglas County, Colorado, School District. Though IEPs were developed for Drew during these years, his academic and functional progress appeared to have stalled. In April 2010, Drew’s parents rejected the district’s proposed 5th-grade IEP, which they felt was basically the same as Drew’s earlier IEPs and therefore would not help him to improve his learning outcomes.

Drew’s parents subsequently withdrew him from public school and enrolled him in a private school specializing in the education of students with ASD. In this setting, Drew’s behavior improved significantly, his academic goals were strengthened, and his educational outcomes improved.

Litigation: Following an unsuccessful attempt to receive reimbursement from Douglas County for the private school tuition payments at a due process hearing, Drew’s parents took their case first to the U.S. District Court for the District of Colorado and then to the U.S. Court of Appeals for the Tenth Circuit. Both courts, however, rejected their argument, concluding that the Douglas County School District had provided Drew with FAPE because his IEPs were created to provide educational benefit that was merely more than de minimis. In response, Drew’s parents appealed to the U.S. Supreme Court. The question put forward to the court was:

What is the level of educational benefit school districts must confer on children with disabilities to provide them with the free appropriate public education guaranteed by the Individuals with Disabilities Education Act?

Decision: In a unanimous ruling, the Supreme Court rejected the “merely more than de minimus Rowley standard,” used by the U.S. Court of Appeals for the Tenth Circuit and held that providing just any educational benefit was not sufficient. The Supreme Court ruled “To meet its substantive obligation under the IDEA, a school must offer an IEP reasonably calculated to enable a child to make progress appropriate in light of the child’s circumstances” (Endrew F. v. Douglas County School District, 2017, p. 15). In other words, the Endrew case clarified the substantive standard for determining whether a student’s IEP is sufficient to enable the student to make progress. In short, the Endrew ruling provided a consistent standard regarding the quality of the education, as laid out in their IEPs, to which students with disabilities are entitled.

Implications of Litigation: The decisions in the Rowley and Endrew cases had profound implications for school administrators regarding the education of students with disabilities. In the aftermath of these cases, schools and districts must develop high-quality IEPs for these students that:

The table below offers a brief overview of the procedural, substantive, and implementation requirements to which schools and districts must adhere to help ensure the development of technically sound and educationally meaningful IEPs. Failure to do so could result in poor outcomes for these students, as well as potential legal ramifications for the school or district.

Because there are legal ramifications for not adhering to the procedural, substantive, and implementation requirements for IEPs, school administrators should be actively engaged in overseeing the IEP process. To effectively do so, they should: 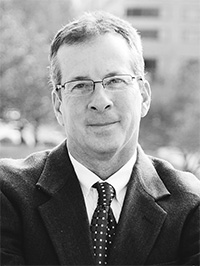 There are several things that I see Endrew impacting school administrators’ roles. The first thing is Endrew has raised the bar relating to the expectations of progress for students with disabilities. So I see administrators having to pay closer attention to making sure that the goals are ambitious, that the IEP itself is being implemented, and that there is regular progress monitoring of what’s going on on these goals. But, second, that we are paying attention to the goals and then making changes as a result of whether the kid is not making progress or making too much progress. More often, I see administrators stepping in and having to be more responsible for what’s going on and paying closer attention, because Endrew has raised the bar across the nation for kids with disabilities and the progress they’re supposed to be making. So the administrator’s role is very valuable and very important. It’s not just the teachers. It is making sure that the teachers can do their jobs.

I’m seeing increased demands from parents appropriately checking to see if the kid’s, first, making progress but also then making sure that what’s going on with the kid is tied back to their present levels. Parents are becoming increasingly savvy about what’s going on, which is great. We should applaud the parents who are spending time on the Internet paying attention to the latest Supreme Court cases and what’s going on for their child. It poses a problem when parents don’t pay attention, but we need to applaud the parents who are spending the time and doing this.

The following pages offer guidance related to the oversight of the IEP process in regard to 1) planning for the IEP meeting, 2) developing the IEP, and 3) implementing the IEP.

Throughout this module, look for boxes like this one for guidelines to meet procedural, substantive, and implementation requirements. These guidelines can support the development and implementation of a technically sound and educationally meaningful high-quality IEP that meets the needs of students with disabilities.