Page 1: Learn More About the People in the Challenge

On this page, you’ll find the people you met in the Challenge movie. Take a moment to learn a bit more about them and reflect on this new information. Did learning more change your initial perceptions about them? If so, how? If not, why not? Dylan is an extremely bright 13-year-old boy who enjoys playing games on his computer. Mia, his 11-year-old sister, enjoys spending time creating detailed artwork and playing with her pets. Both siblings have autism. At age 10, Dylan—who has an exceptional ability to recall past conversations, things he has seen, and things he has read—was diagnosed with ASD. Mia was diagnosed at the early age of two because she was not meeting developmental milestones. Although Mia recognizes facial expressions, she still has difficulty understanding the intent of others in social situations. As a result of his mother taking thalidomide, a drug prescribed to reduce the symptoms of morning sickness during pregnancy, Tony Melendez was born without arms. A multi-talented songwriter and entertainer, Tony plays the guitar using his feet. Mr. Melendez has entertained audiences around the world, including several performances for Pope John Paul II, and he has been the recipient of dozens of awards, commendations, and honors, including from former President Ronald Reagan. Tony continues to release music through his company, Toe Jam Music. Photo is courtesy of Tony Melendez, https://www.tonymelendez.com/ Russ and Melody Stein, a deaf couple, own a four-star restaurant and pizza truck in San Francisco. In 2020, they will open a new pizzeria in Washington, DC. Mozzeria will be staffed by deaf employees. The location is special to the couple, who met there while attending the world-renowned school for the deaf and hard of hearing Gallaudet University. Their goal is to reduce unemployment and underemployment in the deaf community by offering employment as well as franchising opportunities. Photo is courtesy Russ and Melody Stein. Photograph by Clare Cassidy Photography. https://mozzeria.com/#welcome Kathy D. Woods is a former pre-school teacher who now owns and operates a women’s clothing line for adults of small stature. Kathy embraced her entrepreneurial spirit and began the KDW Collection, the first ever ready-to-wear clothing line for little people. A disability awareness activist and advocate, Ms. Woods is also a promoter for Step ‘n Wash, a system designed to help little people to more safely reach sinks and faucets in public accommodations. In 2015, she was a guest of President Barack Obama and First Lady Michelle Obama at the White House’s 25th Anniversary celebration of the Americans with Disabilities Act. Photo is courtesy Kathy D. Woods, https://www.kathydwoodsstore.com/Default.asp Meet the Smith family. Jim and Leona have two sons, Lance and Taylor. Taylor (front middle) has Angelman Syndrome, a genetic disorder that causes developmental disabilities, can affect a person’s ability to speak, and often causes other neurological issues like seizures. Individuals with this disorder are generally happy and frequently burst into smiles and laughter, although not always at socially appropriate times.

In the interviews below, Lance gives his perspective on having a sibling with a disability. Next, Leona discusses family dynamics and considerations for parents. For any sibling that has a brother or sister with special needs, look at it as an opportunity to grow, learn, gain, get an advantage on the world, honestly. Because everyone else that has no experience with anyone with special needs sees the world in a certain way. I mean we’re conditioned by society, by pop culture, by entertainment that our world is built XYZ, built a certain way. And when you have someone with special needs, someone with a disability in your family, your perspective changes immensely. And my advice is to accept that and take that as a badge of honor. Learn from it, grow from it, and allow your experience with that person in your family to help you grow, make you see the world differently from a higher perspective. And then really there’s a lot to be gained from it. I think people think, “Oh, woe is you that has to deal with this burden.” But, while the needs themselves can be burdensome, the person can teach you more than you ever would have thought. So you just have to look at it and take it from sort of a great learning experience. I wouldn’t change it for the world. I love my brother. 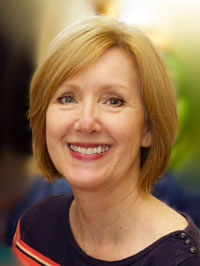 Lance is such a good hearted young man that he did honestly help us raise Taylor because it was his desire for his little brother. He loved him so much and he never once thought, “Oh, look what I’ve got to do” or go gripe to his friends. Never ever ever. He was always so sweet and loving. There were struggles but it made it easy to have all hands on deck so to speak. And so the family dynamic was, I would say, of good posture. That’s a good way to say it because of Lance honestly.

Taylor is the love of our life. We’ve always said that if there’s somewhere that Taylor can’t go, perhaps we shouldn’t go. He goes to the Titans ball games. He goes to concerts. Lance went on tour with the Dixie Chicks in his earlier career. And we took Taylor to the Dixie Chicks concert. He’s been to symphonies; he’s been to plays. He loves to watch opera on TV. We’ve taken him on a submarine tour.

Embrace the child. And the disability is something that goes along with the child because that is part of the child. Lance excels in his career. And we embrace that and we love him. And we love Taylor even though they’re so different. But they’re still both our children and we love them equally. We have to pay a little bit more attention to Taylor sometimes, but just embrace the child. 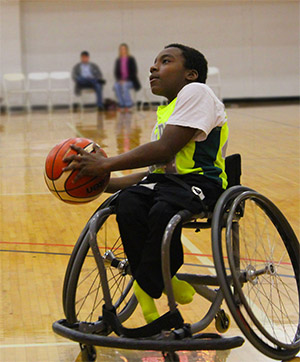 Jay is a member of Music City Thunder, a competitive, organized wheelchair basketball team. Music City Thunder is part of ABLE Youth, a program designed to create opportunities for young people who use wheelchairs to learn independence, skills, and sports, as well as to build self-confidence. In practice and in tournaments, players like Jay discover what they are able to do on the court, both individually and as a team.